The Asian Diet: Before and after photos 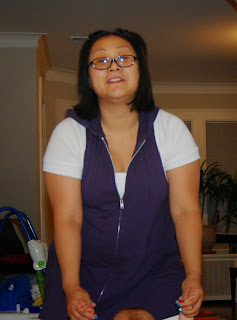 I received these pictures and story from a woman who is following the advice in my book.


"Dear Mr. Bussell,
I thank you for writing this book.  It has helped me tremendously.  You can see from the attached photos that at one point I was overweight.  As you can also see, I am Asian, so one might think that an Asian would not need to read your book.  We should just know all of this information, right?  Well, I didn't. 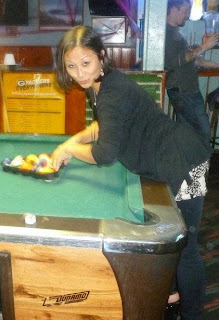 I was raised in a Korean household and ate Korean food and I was in fine shape.  After I moved away from my family, I adopted a much more American diet and quickly started gaining weight.  Now after reading this book, I can see why that difference was so profound.  Now that I understand how food affects me, it is easy to make the better choices.  I still eat a lot of non-Korean food, but by following the principles in your book, I eat much better for myself.


I never thought I would have a weight problem.  Now that I have read your book, I don't think I ever will again.  Thank you again for writing it.  I tell all my friends about it.

PT's should not be doing acupuncture!

This patient experience was sent to the Illinois Association of Acupuncture and Oriental Medicine.
"I started going to PT in December of 2010 and Didn't finish until May of 2011 for a simple case of tendinitis in my left foot. They started needling my foot and calf about a month into PT. It was explained to me briefly, but not in great detail... I was told it was a new practice in PT offices and that it would speed up my recovery (it did not). I asked about his training, saying I had a friend who was in school for acupuncture and that it was going to take her years, so how was he able to needle me without that schooling? He said that PT's didn't need to go through acupuncture school because they already knew human anatomy. The needling was usually uncomfortable, but I was willing to do anything to get my foot in running shape again (even taking severe bruising on my calf from "massages"). I became concerned when the following happened. First, I started bruising a lot and the spot they were needling me was always red and swollen for weeks at a time, looking like I had about 10 little bug bites all over my foot. They were itchy and irritating. Then, I saw the PT assistant (a boy younger than me who had dropped out of college and was way too rough when massaging patients) needling himself and getting ready to needle someone else on multiple occasions... something I am quite sure he was not certified or even qualified to do. Overall, my PT experience was bad and dragged out longer than it needed, but the needling was what really made it uncomfortable for me, many times making my foot hurt worse for days after the needling instead of relieving the pain as it was supposed to do. When I went to a real acupuncturist, the experience was completely different and calming and it never hurt at all!"

Stay away from untrained acupuncture

A Licensed Acupuncturist (L.Ac) will typically have about 3000 hours of training, 660 of which are supervised clinical practice.  MD"s can take a distance-learning course and become "certified" in 500 hours (although many states do not recognize that certification and do not allow them to practice".  Chiropractors can take 200 hours as part of their schooling and earn their own "certification" (and again many states do not recognize them as qualified and do not allow them to practice acupuncture).  Now physical therapists are "certifying" themselves in acupuncture with 27 hours of classroom instruction and NO supervised clinical practice.  They call it "Dry Needling" and claim it is not acupuncture but is like massage.  It is the insertion of acupuncture needles into acupuncture points  by untrained hands.  Beware and stay away.
Posted by Jason Bussell at 9:29 AM No comments:

6 December 2011
Acupuncture could reduce severe nerve pain experienced as a result of cancer treatment, according to a new study.
Research published in the Acupuncture and Medicine journal suggested that patients who undergo treatment with drugs such as taxanes, vinca alkaloids or platinum compounds can often develop chemotherapy induced peripheral neuropathy (CIPN), which damages nerves in the calves and feet and could lead to sharp pains as a result.
Out of 11 patients experiencing the peripheral neuropathy, six had acupuncture sessions and commented that the intensity of the nerve signalling improved and pain lessened. In comparison, those who did not receive any acupuncture treatment felt the same.
Authors of the study said: "The data suggest that acupuncture has a positive effect on CIPN, as measured by objective parameters [nerve conduction studies]."
They added that results were similar to those who suffered nerve damage as a result of diabetes and also patients with CIPN from an unknown cause.
Conclusions were made to further the research to distinguish the true benefits of the therapy.
According to the National Cancer Institute Cancer Bulletin, around 30 to 40 per cent of cancer patients treated with chemotherapy experience CIPN.

As found on spirehealthcare.com
Posted by Jason Bussell at 9:23 AM No comments:

Introducing the new Chevy Bounce.  The best car in the world.  Most cars have only 20 pounds of rubber.  Our scientists know that rubber is integral to the performance of a car.  So we have made the Chevy Bounce which has over 300 pounds of rubber in it.  No other car can compete with it.  15 times the rubber of a standard car must be better; so buy yours today.

Here's the point.  Things are more than just the sum of their parts.  Vegetables are good and vegetables have vitamins.  That does not mean that you can give people isolated vitamins and think that they are a substitute for food.  Green Tea causes health benefits.  Green Tea extract has 100 times the ingredients, but is it 100 times as helpful?  I have heard nutritionists argue that no one could ever drink enough green tea to get the benefits.  How then did they discover the benefits before the extract was available?

There is no substitute for good food.  Anyone who tells you different is just trying to sell you something.
Posted by Jason Bussell at 11:26 AM 1 comment: